Sarah and Bernard Upchurch of Brentwood have reportedly reached an impasse in the task of packing their belongings for the Bonnaroo Arts & Music Festival, which begins tomorrow in Manchester.  Sources indicate that the central controversy which has halted preparation for their excursion is a disagreement over which illegal drugs to bring with them for the four day event. 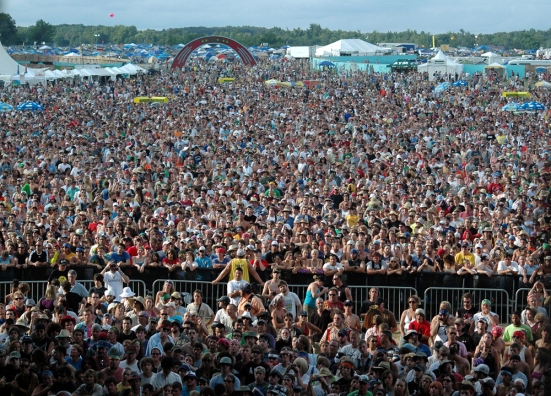 “Bernard’s never been, so he just doesn’t understand how bad an idea amphetamines will be in that heat” noted Mrs. Upchurch.  “I keep telling him that we should leave the speed and the coke at home, because he’ll just end up running around, getting dehydrated and unable to enjoy any of the music.  He may be my husband, and I love him, I really do, but I swear to God that I do not intend to miss Pearl Jam because I’m busy forcing Bernie to drink some damn Gatorade.  I say all we need to pack is a little weed and if we need to pick up any acid or whatever when we get there, we can get it at the drum-making booths or from a hula-hooping bumblebee or a Where’s Waldo guy for cheaper than we can get it here anyway.”

Mr. Upchurch, however, is quick to point out that he sees flaws with his wife’s argument.  “Sarah isn’t thinking of the big picture.  If all we were going to do there is smoke pot and listen to music, we could do that here at home in the living room.  We need to go in prepared for the full experience, ready to trip balls and run around naked, fully convinced that we’re being chased by a Mack truck that looks like Paul Lynde.  That’s what it’s all about.  Also, I don’t care what she says, the dealers there are going to have ridiculous mark-up because they have a captive set of buyers.  It only makes sense to stock up with [local connection] Jimmy before we go and not have to worry about haggling or availability when we get there.”

At press time, Bernard Upchurch had, according to witnesses, reluctantly surrendered all decision making to Sarah, with the caveat that they at least fill their Igloo cooler with “some actual damn-good booze”.