In a survey conducted by Google,  Tennessee Titans Quarterback Jake Locker was listed as the #1 pick nationally for Fantasy Football Injured Reserve Lists. 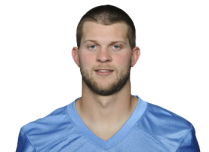 “Man, if you’re talking injured players, you have to have Locker, dude” explained Cary Westerhoff, a 10-year veteran of the National Fantasy Football League, an avid FFL analyst & blogger, and mailroom employee at The Rhinestone.  “You have to craft that part of your team carefully.  Can’t let just anyone onto that list, or your season will just go to pieces, man.  But with Locker, your Injured Reserve roster can’t go wrong.  He makes it tight!”

Sharing top honors in this year’s poll are LaRod Stephens-Howling and Darnell Dockett, both of the Arizona Cardinals.  Absent from this year’s list is the Titans’ Matt Hasselbeck, effectively removing him from most Fantasy Football polls altogether.  Locker became a sought-after FFL Injured Reserve Pick after fantasy-dislocating his fantasy-shoulder twice.  Fantasy-medical-experts have said that fantasy-surgery may be yet avoided, and fantasy-Locker is undergoing physicial-ordered fantasy-rest until further notice.